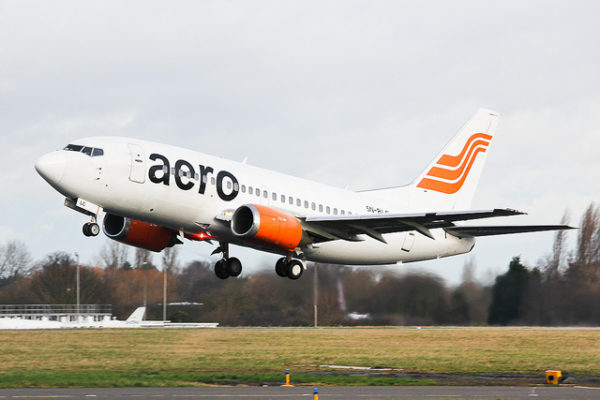 Aero Contractors Airline, which is under the management of the Asset Management Corporation of Nigeria (AMCON), has sacked about 900 workers, representing 60% of its workforce.

Letters of redundancy were issued to the affected employees during the week.

Media Consultant to the airline, Simon Tumba, who confirmed the development in a statement issued on Thursday in Lagos, said the workers will paid their pension and gratuity.

Aero Contractors, as at last September had about 1,500 workers on its payroll before it suspended flights. AMCON had taken over the airline in 2013.

Tumba said the airline had been grappling with huge and unrealistic personnel cost as well as other operational challenges,  worsened by lack of enough aircraft to keep all the workers meaningfully engaged.

“The issuance of notification of redundancy is a business decision that will ensure Aero’s survival.

The current situation where over a thousand people are basically not engaged due to lack of serviceable aircraft is not sustainable for the airline.

The huge monthly salary associated with a bloated workforce will eventually kill the airline, which is not the intention of the current government,” he said.

According to him, Aero Contractors currently has aircraft-to-employee ratio of 1:500, which analysts believe is perhaps the worst in the history of global airline industry.

Tumba said government’s intervention in Aero Contractors was to save it from total collapse. Therefore, he said, all steps such as this (issuance of redundancy letters) to ensure its survival must be put into effect to save the airline.

“This decision will immediately reduce the whopping operational cost, which has been stifling Aero; enable the management bring in more aircraft through savings from overheads and pay for C-checks. It will also enable Aero have a more manageable and committed workforce in line with international best practices of 50 to 60 personnel to one aircraft unlike what obtains in Aero at the moment.”

He, however, added that those in Maintenance Repair and Overhaul (MRO) and other essential staff in critical departments will not be affected.

Tumba said Captain Ado Sanusi, the airline’s Chief Executive Officer, had also assured the workers that they stand a chance of being recalled as soon as the airline increases the number of aircraft in its fleet in the near future.

One of the redundancy letters made available to NAN read:

Following the operational challenges of Aero culminating in loss of business opportunities that adversely affected company finances vis-à-vis operations, we are constrained to place you under redundancy pending a possible future review.

This decision was communicated to the unions where their understanding was solicited in view of prevailing operational difficulties.

Whilst Aero appreciates your contribution to the company and continues to regard you as worthy ambassadors, we solicit your understanding as we struggle to stabilise operations and rebuild the company.

However, the National Union of Air Transport Employees (NUATE) and the Air Transport Senior Staff Services Association of Nigeria (ATSSSAN), have kicked against the move by the airline.