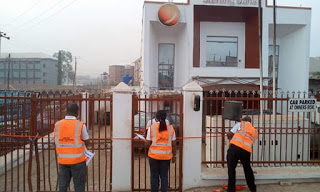 According to reports, the Enugu State Board of Internal Revenue (BIR) on Monday sealed 36 branches of eight commercial banks allegedly indebted to the state government to the tune one billion Naira.

The exercise, which started around 5.30AM, was carried out at 23 locations of the affected banks across the Coal City.

Addressing newsmen after the exercise, the Chairman of the BIR, Emeka Odo, said that the board sealed the banks due to their failure to remit about one billion Naira owed the state government.

Odo said that the board had in Feb. 6, obtained an exparte order from the state high court to distrain the affected banks.

He said that the debts were part of the withholding taxes they were supposed to remit to the state government which dated back to 2007. “The branches of the affected banks which are now under lock and key will remain locked until they pay to the state government the taxes they have collected on its behalf. In the past one year we have written the affected banks severally and held meetings with them on the subject matter but they would rather hold onto government funds illegally,” he said.

Odo said that the eight banks had combined branch network of 36 branches in Enugu urban and the neighbouring towns of Agbani and Ituku Ozalla.

“The sealing of these banks is the first phase of the enforcement exercise on major companies and institutions to ensure that they perform their civic obligation to the state government. We can no longer allow banks to behave like corporate outlaws when it is on record that the withholding taxes have been deducted by the banks from the interest they pay on customers’ deposits,” he said.

Odo appealed to customers of the affected banks not to panic but see the exercise as a measure to enable government serve them better, adding that their deposits in the banks were still intact.

He said that the board did not expect the sealing of the banks to last for more than three days, especially if they complied. 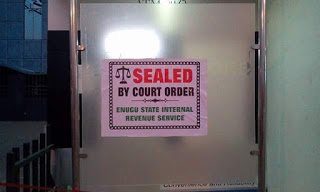 The staff of the affected banks as well as customers could not gain access to the banks as a red ribbon was used to cross the entrance of the banks and a notice with the inscription ‘Sealed by Court Order’ was put on the wall.

However, managers of some of the affected banks were sighted at the head office of the BIR consulting with officials of the board.

Efforts to reach the bank managers proved abortive as they declined comments. 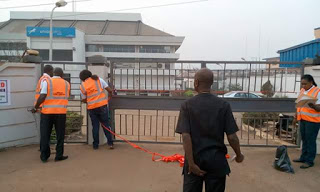