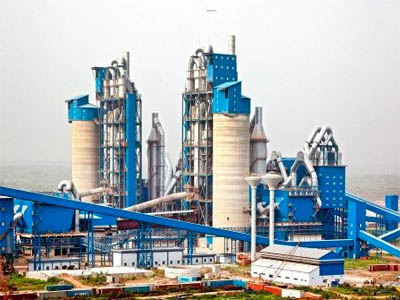 Dangote Cement Plc exported 0.4 million tons of cement to other countries in 2016, 54 per cent more than what it shipped in 2015.

The export by Africa’s foremost cement manufacturer, has ended the era of Nigeria’s dependence on importation.

News about the increased export was not the only one delivered by the company today.

In its 2016 full year audited results presented on the floor of the Nigerian Stock Exchange (NSE) in Lagos, Dangote Cement disclosed it sold 8.6 million metric tons of cement outside Nigeria, which is 54 per cent more than what was sold in 2015.

The export is significant given that the nation used to be a net importer of cement. As at 2011, Nigeria was one of the world’s largest importers of cement, buying 5.1 million metric tons of foreign cement at huge expense to the country’s balance of payments.

The company’s Pan-African cement plants continued to perform well, contributing significantly to its turnover and profitability.

While presenting the results, the company’s Chief Executive Officer, Onne van der Weijde, assured the investors of better returns on their investment in the Dangote Cement.

According to him: “The new year has started well and we expect much higher profitability in Nigeria in 2017, even though we may not see the volume growth we achieved in 2016. I am confident that we will deliver an even stronger performance in 2017 as we increase market share and extend our reach across Africa.”

The economic challenges notwithstanding, Onne revealed that Dangote Cement achieved sales and revenue growth of 25 per cent and consolidated its position as Africa’s leading producer of cement.

While sales from Nigerian operations increased by 13.8 per cent to nearly 15.1 million metric tons at a growth rate far higher than the country’s GDP, which fell in 2016, its total revenue leaped by 25.1 per cent to ₦615.1 billion

To the delight of the investors, Dangote Cement earnings per share increased by 4.5 per cent to ₦11.34 and the dividend payout to the shareholders also increased significantly by 6.3 per cent to N8.5 kobo per share.

Dangote Cement is Africa’s leading cement producer with nearly 46 million metric tons’ capacity across Africa. It is a fully integrated quarry-to-customer producer with production capacity of 29.25Mta in Nigeria; Obajana plant in Kogi is the largest in Africa with 13.25Mta of capacity across four lines; Ibese plant in Ogun State has four cement lines with a combined installed capacity of 12Mta and Gboko plant in Benue state has 4Mta.

The company has also concluded arrangements to build new factories in Ogun State (3-6Mta) and Edo State (6.0Mta). Through its recent investments, Dangote Cement has eliminated Nigeria’s dependence on imported cement and has transformed the nation into a net exporter of cement serving neighbouring countries.