Hauwa Nuru affirmed that she is still with her “Beloved Husband”, describing the publication as “malicious and a deliberate falsehood, 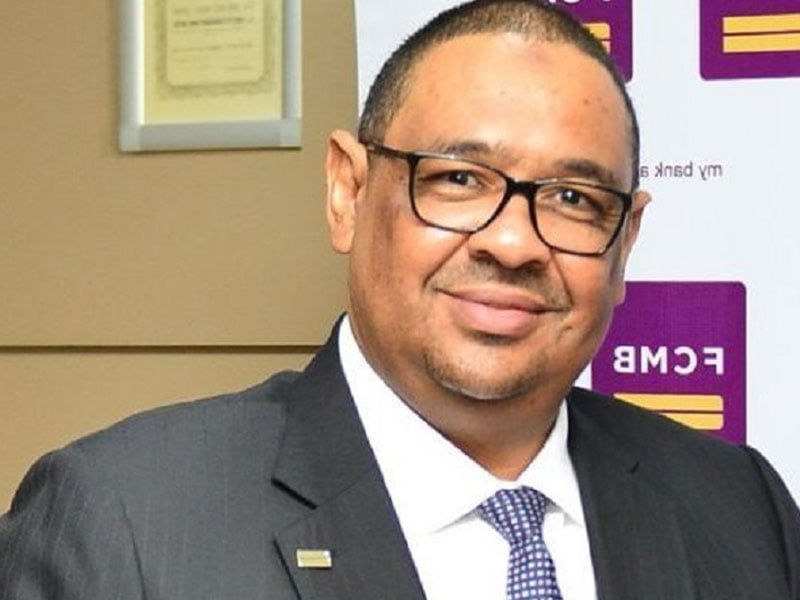 The wife of the Managing Director of First City Monument Bank, Adam Nuru (now on administrative leave), Hauwa Nuru, yesterday released a statement debunking reports about her purported divorce bid by her in her marriage over allegations of paternity scandal and infidelity against her husband, and former staff of the bank, Moyo Thomas even while she was married.

In the statement, Hauwa Nuru affirmed that she is still with her “Beloved Husband”, describing the publication as “malicious and a deliberate falsehood,” She denied the series of publications alleging that she had moved to move out of her matrimonial home in reaction to the scandal. According to her, there was absolutely no reason for her to seek divorce or exit her matrimonial home.

She said “Following several calls from well-meaning family members and friends over a malicious publication and deliberate falsehood that I have packed out of my matrimonial home, I want to clarify for the avoidance of doubt that I am still very much with my husband. This fake news was published by an online newspaper in a calculated attempt to further demonize my beloved husband and a loving father.

“Let me reiterate that at no time did I contemplate leaving my matrimonial home or filing for divorce as no grounds exist for such. I really have no idea where this is coming from.” While I owe a debt of gratitude to all those who have genuinely expressed concern about the fabricated story of moving out of my matrimonial home, let me appeal to the media to abide by the ethics of their profession and avoid the pitfall of rumour-mongering and sensational reporting.”

She however insisted that the allegations were a tissue of lies and malevolence but would not to make further comments on the issue which is currently being investigated by her husband’s employers.

It would be recalled that the nation was jolted in the first few days of 2021 with news of a prolonged often romance between Adan Nuru and Moyo Thomas which allegedly led to the birth of a daughter and a son for the embattled managing director even while Moyo remained married to her husband. It began with on online campaign by persons believed to be friends of Tunde Thomas whose recent death was adduced to stress occasioned by the his discovery of the truth

Meanwhile, Moyo Thomas has since come to deny that her children belonged to her late ex-husband. She was however silent about the alleged affair. The public. in the meantime, keenly awaits the verdict of Adan Nuru’s employers, FCMB.

TAJBank leads in 2021 with Support for Quality Educational Infrastructure

AfDB To Invest $25 Billion In Nigeria, Senegal, Mali, Two Others

Controversy as Cross River says It did not employ protesting…