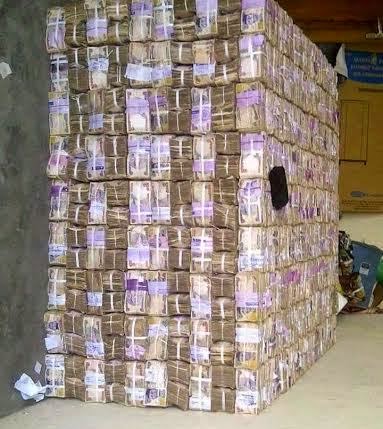 Detectives are battling to unravel the owner of an account in which N8.4billion has been found.
The bank account has no signatories and the huge deposit has been traced to a bank which is believed to have assisted the money launderers to convert the cash to dollars.
There was suspicion last night that the cash may have been wired into some foreign accounts, but the government has filed an ex parte motion to place it under temporary assets forfeiture.

A telecommunications company has gone to court, claiming ownership of the money, The Nation learnt.
A whistle-blower alerted the government to strange deposits into the ECOBANK account by some suspected government officials.
Of the many deposits, about N8.4billion was singled out for investigation in the interim.
A source involved in the investigation said:

“A whistle-blower alerted the Office of the Attorney-General of the Federation, leading to the involvement of the Nigerian Financial Intelligence Unit and the Economic and Financial Crimes Commission( EFCC) in the investigation.
“The probe of the account by detectives showed that the funds were routed through the account of a telecoms giant but there was no disclosure of the signatories to the account.
“Also, the list of depositors into the account was unknown but the sequence of deposits was tracked by detectives.”

The source confirmed that an ex -parte application had been filed at the Federal High Court 11 in Lagos, presided over by Justice Abdulazeez Anka, to recover the cash under temporary forfeiture.
The matter is coming up on March 3 for hearing.
The Federal Government has hired two lawyers, Mr. John Samuel Opeyemi and Mr. Oluwafemi O. Aweda, to recover the funds.
Another source also privy to the investigation said the probe so far indicated that the cash paid into the account could be over N10billlion.
The source added:

“Detectives stumbled on separate deposit of N5billion and N4billion. But investigation is at present concentrated on the recovery of N8.4billion, which was changed to dollars and probably wired into some accounts abroad.
“A telecommunications giant has approached the court to claim the ownership of the cash.
“We have been demanding for the list of signatories to this account but it is yet to be provided.
The Nation