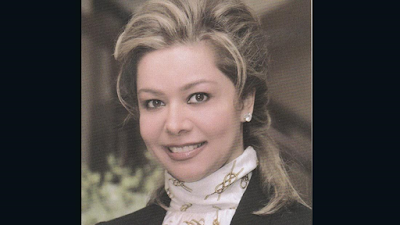 Saddam Hussein’s oldest daughter, Raghad who has been in Jordan with her sisters and children ever since December 2006 when her father was hung to death for his crimes against humanity, has finally revealed that her father’s death brought pride to her and her family even though she never watched the final moment he gave up the ghost.

According to Raghda Saddam Hussein, Saddam wouldn’t have chosen a more ‘smaller’ way to die, and ISIS wouldn’t have gotten a strong foot hold in the country if her father were still alive. She also praised Donald Trump, saying he has a high level of political sensibility.

It should be remembered that Saddam Hussein was responsible for the murder of 148 Iraqi Shias in 1982, and just before he was hung, he was hurled with insults and chants of “Moktada! Moktada! Moktada!” in reference to militant Shia cleric Moktada al-Sadr. 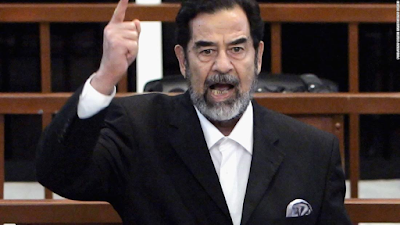 “The details of his death are ugly and painful — but it’s an honorable death,”  “I never saw that moment (when he gave up the ghost) and I refuse to see it,” “I don’t think he would have gone in a death smaller than this. It was a death that brought pride to me, my children, my sisters and their children, to all those who love him and have a place for him in their heart.” 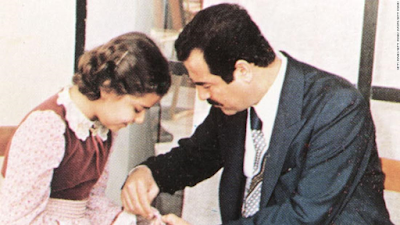 “This man has just arrived to the leadership … But from what is apparent, this man has a high level of political sensibility, that is vastly different than the one who preceded him,” “He exposed the mistakes of the others, specifically in terms of Iraq, which means he is very aware of the mistakes made in Iraq and what happened to my father.” Denying her links to ISIS, she said; “Of course I don’t have any relations to this group [ISIS] and other extremist groups,” she told CNN.

“Moreover, the family’s ideology has no similarities to that of extremist groups.” “As a proof to this, these groups only became powerful in Iraq after we left the country and our rule ended.” “People (who consider him a dictator) are free to use whatever labels they want,” Raghad said. ‘He  was a hero, courageous, nationalistic, a symbol to millions of people.” “He was a struggler and he knew that his ending was not going to be easy.” Raghad said much of what the media says about her family is made up.

“Yes, there was brutality, sometimes a lot of it and I can’t support brutality. But Iraq is a country that is difficult to rule and it’s only now that people are realizing it,” she said.

“The women of the family were not allowed to contribute. They only answered when they were asked — and they were never asked.” 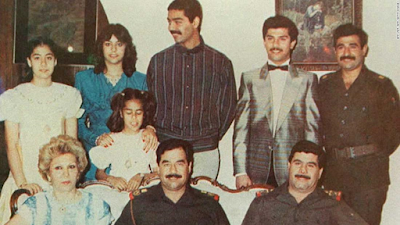 Raghdad now lives in Jordan with her family, out of fear of returning to Iraq, where so many groups have asked the Jordanian government to extradite her, as she supports the current war issues ongoing in the country and has links to ISIS.

Way to Go! Nigeria on the verge of digital broadcasting