According to reports making the rounds on Social Media, Nigerians have trooped out en masse to the Nigerian High Commission, U.K, to demand that President Muhammadu Buhari delivers a five minutes speech.

Buhari, who was supposed to return to Nigeria on Sunday (February 5th) evening, extended his vacation to enable him complete “series of tests” in London.

The statement by the president’s Special Adviser (Media & Publicity), Femi Adesina, did not state when the president will return to the country, leaving many citizens speculating over the health of the 74 year old leader. 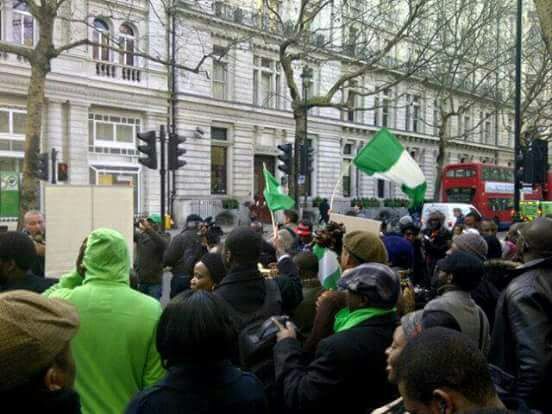 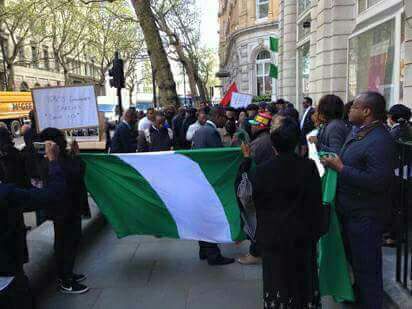 The #IStandWithNigeria protesters have also marched on to Aso Villa where they were blocked by armed police officers.

They are demanding 1. Transparent government 2. Security 3. Reduction in cost of governance.

The protesters are also demanding that the “Grasscutter” (referring to SGF, Babachir Lawal) be sacked. 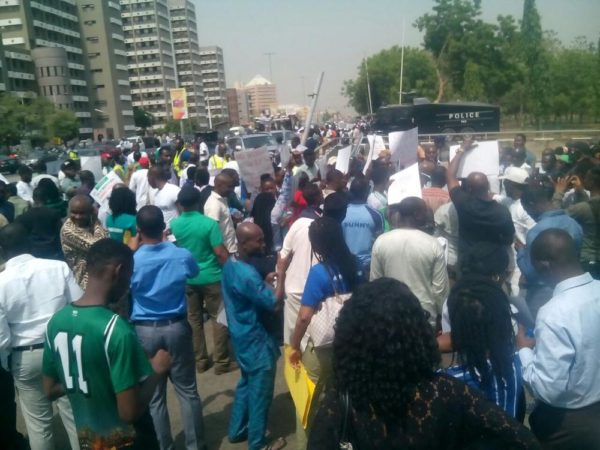 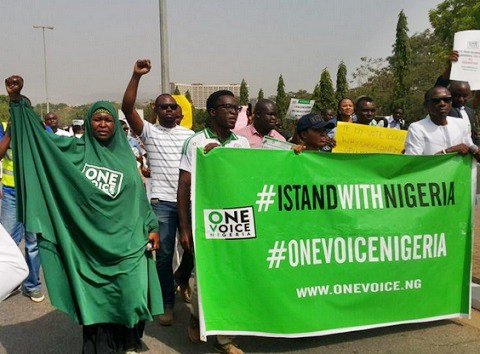