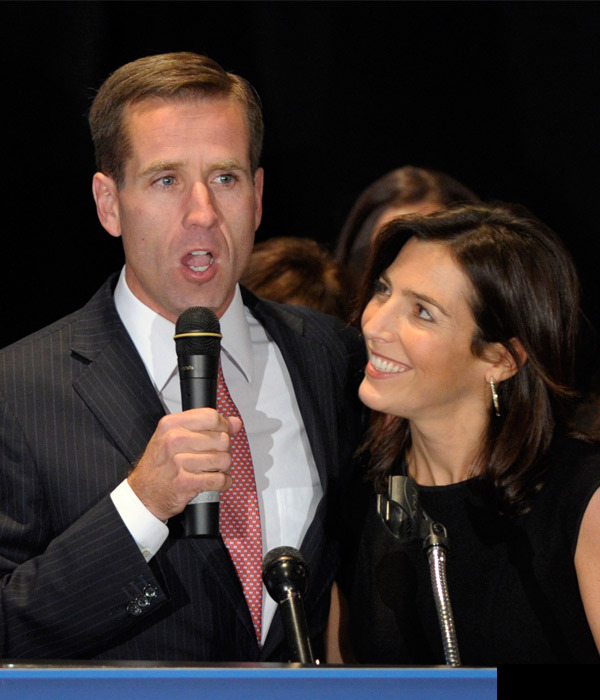 Most of the time, the tradition of inheriting one’s brother’s wife is considered obnoxious in many circles.

Indeed, it was one major issue that brought Jesus Christ’s fore-runner, John the Baptist, in deadly conflict with King Herod.

As recorded in the Synoptic Gospels, John had sanctioned Herod for marrying Herodias, his brother’s widow. Both Herod and Herodias didn’t like the public criticism, but because of the reverence that people had for John the Baptist, they kept quiet.

However, Herodias was just too glad to get rid of John the Baptist at the slightest opportunity.

The story is different with the family of ex-President Barack Obama’s vice president, Joe Biden.

Despite their supposed liberal view about sex, Americans have confessed to being shocked about the marriage of two sons of ex-VP Biden to the same woman, one after the other.

Until his death on May 30, 2015, Beau Biden was married to Hallie, with whom he had two children — 12-year-old girl, Natalie; and 10-year-old son, Hunter. They were together until Beau’s death by cancer, having been married for 13 years.

Beau had a younger brother with whom he was very close. His name is Hunter, now 47. Their closeness is such that Beau named his only son after his brother, Hunter.

The older Hunter Biden was married to Kathleen, and they both had three daughters: Naomi, Finnegan and Maisy. Then they separated five months after Beau’s death.

Hallie and Hunter confessed that they began their relationship after the death of Hallie’s husband, Beau, who is Hunter’s older brother.

Hunter first made headlines over his discharge from the Navy Reserve after testing positive for cocaine in 2013.

In response, the former vice president and his wife, Jill, said, “We are all lucky that Hunter and Hallie found each other as they were putting their lives together again after such sadness.

“They have mine and Jill’s full and complete support, and we are happy for them.”

And the new groom, Hunter, who is brother to Hallie’s late husband said, “Hallie and I are incredibly lucky to have found the love and support we have for each other in such a difficult time, and that’s been obvious to the people who love us most.

“We’ve been so lucky to have family and friends who have supported us every step of the way.”

Americans have expressed divergent views on what some commentators have described as a ‘soap opera.’