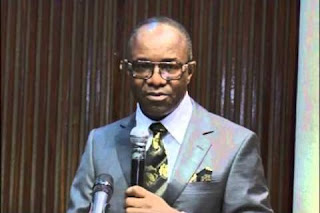 Minister of State for Petroleum Resources Ibe Kachikwu has refuted media reports quoting him as saying that the gradual phasing out of the Subsidy scheme in 2016 will give rise to the increase in petroleum product to N97. Ibe was quoted to have said this during a meeting with the Senate this week. However at a media briefing in Abuja which held recently, the Minister said the federal government has no plans to raise the price of petrol from N87 to N97 per litre in 2016.
“I did not say that refined product will sell for N97 next year that is not what I said. I said that between the band of N87 and N97 we are going to look at prices. Today the prices are largely close to N87 so there might be no need to change prices. By January oil may well go up slightly, by February it may go slightly, by April it may come down. It is all a dynamics of what the price of crude is. I have not put a certain figure. Myself and PPPRA we will sit down and do those calculations and be able to announce what price PMS will sell for in January. We do not anticipate any shift in the price of crude today.”he said