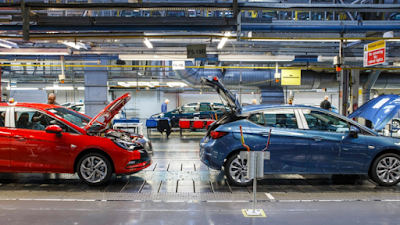 The maker of Peugeot and Citroen cars vowed to return Opel and its British Vauxhall brand to profit, targeting an operating margin of 2 percent within three years and 6 percent by 2026 underpinned by 1.7 billion euros in joint cost savings.

PSA shares jumped as much as 5.2 percent after Chief Executive Carlos Tavares said GM’s European arm could be turned around using lessons from the French group’s own recovery. Opel recently recorded its 16th consecutive full-year loss.

“We’re confident that the Opel-Vauxhall turnaround will significantly accelerate with our support,” he said.

The disposal seals GM’s exit from Europe and ends a relationship dating back to the 1920s.

Eight years after coming close to a sale to Canada’s Magna , the Detroit car giant has faced renewed investor pressure to offload the business to raise profitability, rather than chase the global sales crown currently held by VW.

GM will receive 1.32 billion euros for the Opel manufacturing business in the form of 650 million euros in cash and 670 million in PSA share warrants.

An additional 900 million euros will be paid by the Paris-based carmaker and BNP Paribas for Opel’s financing arm, to be operated jointly and consolidated by the French bank.

Since the two firms announced they were in talks on 14 February, they have met ministers and union officials to address concerns about potential job cuts.

Chimamanda Adichie’s making major moves! Gets elected into the American Academy of Arts and Letters