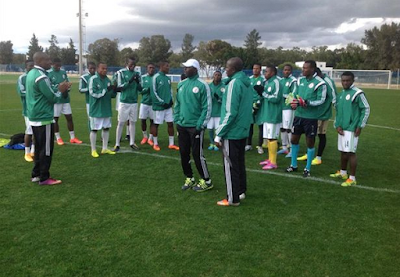 World football governing body FIFA has warned the Nigeria Football Federation (NFF) to refund any cash paid to them for football development they could not account for.

This followed a rash of queries raised by FIFA over the $801,229 development grant they paid the NFF. The review was done between August 16 to 18, 2016.The audit by PricewaterhouseCoppers (PwC) said the money was spent without supporting documentation, like receipts, invoices and contracts.

FIFA has therefore warned that if the NFF could not provide adequate supporting documentation for the disbursements, it should make refund on sums unaccounted for. They also expressed displeasure with the unrestrained practice of cash payments, which they maintained should have been greatly minimized.

Further investigations revealed that as many as 19 issues were raised by the auditors.

The Nigerian sports ministry has already demanded for an independent and full-scale audit of the books of the NFF caused by the litany of queries of how the FIFA grants were disbursed.