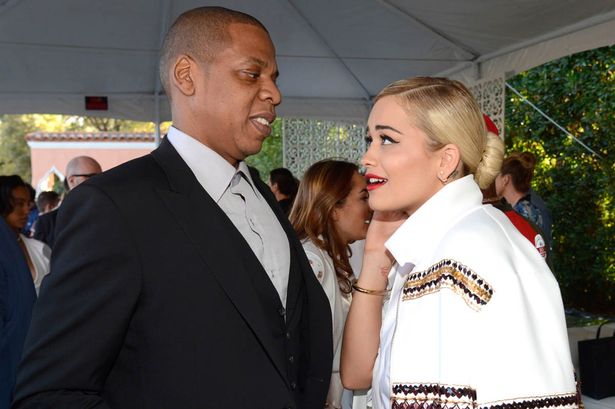 Rita Ora is fighting Jay Z’s record label Roc Nation in court in an attempt to be released from her contract with the company.
The singer, 25, who hasn’t released an album in three years, filed papers at LA’s Superior Court, and her attorney lashed out at the “diminished” company’s “revolving door” of executives, and describes her relationship as “irrevocably damaged”.

Rita, who signed to Roc Nation in 2008, claims she funded her own video shoots, recording costs and promotional TV appearances, and alleges the company has become inattentive.

“She’s recorded at least three albums’ worth of material.”

The source said it was due to be released last summer, but the date was postponed when her ex Calvin Harris pulled all his material.

“Then she was going to release to coincide with her stint on The Voice, but the plans were shelved,” the source said.
“This year, she had been due to release in September and in November, which would have coincided with The X Factor. That didn’t happen. She managed to collaborate with Sigma as she appears as a featured artist – so the project wasn’t funded by her label.
“She’s angry that she’s only released one album in seven years, in what was up to a five-album deal. She wants freedom from them.”