UTME Candidates to Get Refund for Unsuccessful Requests – JAMB

The board said this doesn’t apply to candidates who entered the wrong code... 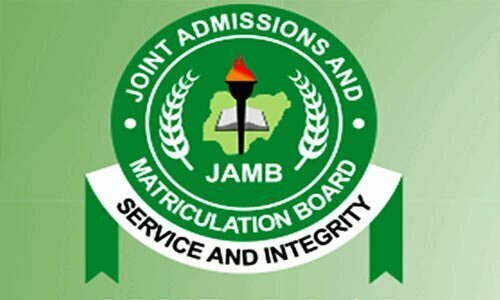 Candidates who could not generate profile codes to register for the 2021 Unified Tertiary Matriculation Examination (UTME) because of poor or network failure from telecommunication service providers will get a refund, the Joint Admissions and Matriculation Board (JAMB), has said.

The board said this doesn’t apply to candidates who entered the wrong code while trying to generate their profile codes for registration. Parents of applicants for this year’s UTME had raised the alarm that they could not create their profile codes despite being charged for the service. Each Short Message Service (SMS) costs N50 for request made by UTME applicants on the major telecoms service providers.

Registrar of JAMB, Prof. Ishaq Oloyede, after a meeting with stakeholders yesterday at the headquarters of the board in Bwari, said the service providers and JAMB agreed on refund to candidates who could not access the service by telcos. He lamented that parents were being extorted by telecoms service providers by sending request unsuccessfully to the telcos.

The registrar said the Federal Competition and Consumer Protection Commission (FCCPP) and the Nigerian Communications Commission (NCC) have been drafted to monitor compliance with the agreement to refund the candidates their money.

He said: “All those concerned will have to go back and ensure that when a service is not fully rendered and if there had been any charge that had been made this should be refunded to the candidates. “We have reached this agreement with Digital Pulse that we will work with the service providers to make sure that the service providers refund where they have taken money from candidates.

“I have a parent who said she sent the message (to create a profile) 500 times; the message was not going, the service was not delivered and N50 was being deducted. This is the general outcry from across the country and that is one of the reasons we called this meeting. “And the first thing is that any such money be refunded but because JAMB do not have the capacity to know whether this is refunded or not; we are not in position to know whether the money has been refunded or not.

“We then decided that we are going to expand the stakeholders – that our stakeholders should include Federal Competition and Consumer Protection Commission. “We will immediately invite them to join this task force of ours on this registration and examination so that any act of extortion they have the capacity to deal with any stakeholder that decides to extort candidates. The second one is to invite NCC.

“NCC is the regulatory body for all these telcos. Even if they give us assurance and it is not followed, we do not have the capacity to enforce. That is why we believe the NCC that has the statutory responsibility to enforce should also be brought in as part of our stakeholders.” The registrar said by Friday, candidates will have the option of using the Unstructured Supplementary Service Data to generate their profile codes to them register for the examinations.

He also said even if candidates enter the wrong codes, it will be accepted after Friday this week. “The resolution we adopted at the meeting is that the service providers should go back; between now and Friday, make the system accept such errors. Anytime from Friday even if they make the error it will go.

“These common errors – from Friday, even if candidates make them, be system will accommodate them and it will go,” he added

Nigerians to Pay More as Electricity tariffs May rise in July

Nigeria needs $2.3 trillion over the next 30 years to bridge the infrastructural gap,…

More hardship ahead as debts, inflation, unemployment continue to rise

Nigerians to Pay More as Electricity tariffs May rise in…