You may have to present your social media passwords before getting U.S. visa – Homeland Security Chief, John Kelly 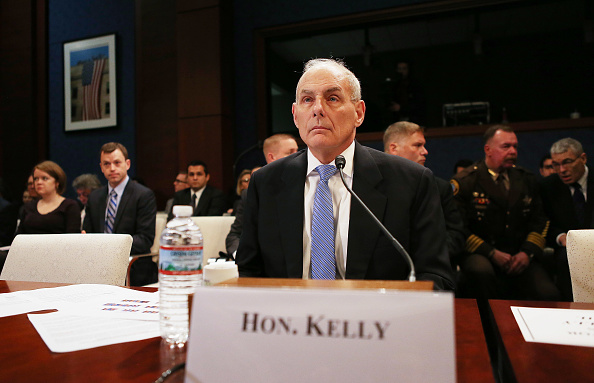 U.S. Homeland Security Secretary, John Kelly has said that in order to tighten security in the country, visa applicants, especially those from seven Muslim-majority countries that were temporarily banned from entering the U.S may be required to provide their social media passwords.

He made this known to a hearing of the Homeland Security Committee.

“We’re looking at some enhanced or some additional screening. We may want to get on their social media, with passwords.

It’s very hard to truly vet these people in these countries, the seven countries. But if they come in, we want to say, what websites do they visit, and give us your passwords. So we can see what they do on the internet

These are the things we are thinking about. But over there we can ask them for this kind of information and if they truly want to come to America, then they will cooperate. If not, next in line,” Kelly said.

Kelly stressed that no decision had been made, but tighter screening would be implemented, even if it means longer delays for awarding U.S. visas to visitors.

President Trump‘s immigration ban on the seven Muslim-majority countries has since been suspended following a court order.

Kelly regretted that the order may have been rolled out too quickly.

“The thinking was to get it out quick so potentially people coming here to harm us would not take advantage,” of a delay, he said.

He said that it wasn’t a ban on Muslims as critics have charged, but a “temporary pause” on immigrants and visitors from countries about whose residents the U.S. can’t access solid information.

He defended the order and sought to take responsibility for the chaotic rollout, saying the confusion was “all on me.”

“Going forward, I would have certainly taken some time to inform the Congress, and certainly that’s something I’ll do in the future,” he said.