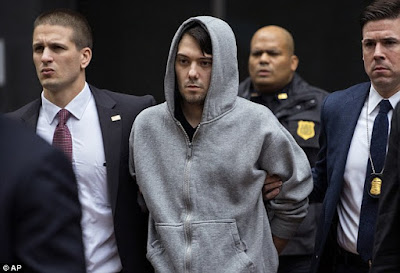 Turing Pharmaceuticals CEO Martin Shkreli who earned the title ‘America’s most hated man in September’, when he jacked up the price of the anti-parasitic drug Daraprim, that benefits AIDS patients, pregnant women and cancer patients from $13.50 to $750 has been arrested.It is alleged he illegally used stock from the biotechnology firm  he owned, Retrophin Inc. to pay off debts related to his struggling hedge fund and to pay back angry investors. 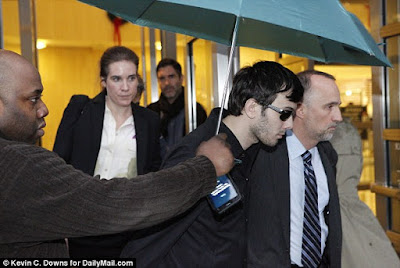 He is being charged with seven counts of fraud for running what United States Attorney Robert L. Capers of the Eastern District of New York is calling a Ponzi scheme.
Shkreli, 32, pleaded not guilty to these allegations and was released on a $5million bond after being arraigned in federal court in Brooklyn Thursday afternoo
He faces a maximum sentence of 20 years in prison if convicted. 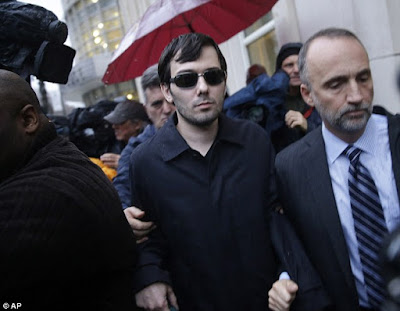 The United States Attorney’s office in a statement said:

“I would think that members of his legal team and the communication team would advise him not to do the things that he has done, particularly in light of an ongoing criminal investigation,” said Judy Smith, a PR crisis management expert who represented President Bill Clinton’s former mistress Monica Lewinsky.

“Most people that are aware they are under a criminal investigation would not behave in such a public way,” said Smith, whose career inspired the hit ABC series “Scandal.” “The risk of it is that it attracts and invites attention, review and investigation of ongoing business practices in a very public way, quite frankly.” 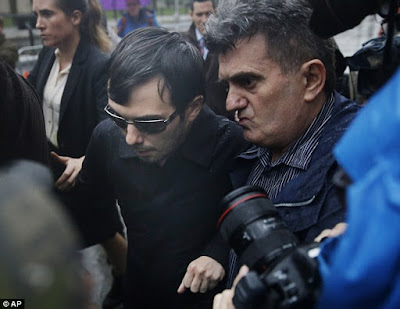 Last week, it was revealed that Shkreli bought a single-copy album of the hip-hop group Wu-Tang Clan for $2 million. He then said he didn’t plan on listening to it anytime soon.
On Thursday, the Securities and Exchange Commission unsealed a civil case against Shkreli, accusing him of orchestrating “widespread fraudulent conduct” from 2009 through 2014.