Wayne Rooney, Anthony Martial and Marcus Rashford are out of the FA Cup visit to Chelsea through injury as Manchester United face a striker crisis ahead of the quarter-final tie.

Jose Mourinho must also make do without the in-form Zlatan Ibrahimovic, who begins his three-match suspension after accepting an FA violent conduct charge following his clash with Bournemouth’s Tyrone Mings last weekend.

Rooney, who was not part of United’s squad for the midweek Europa League draw against FC Rostov in Russia, is believed to have been involved in an accidental training ground collision with defender Phil Jones. 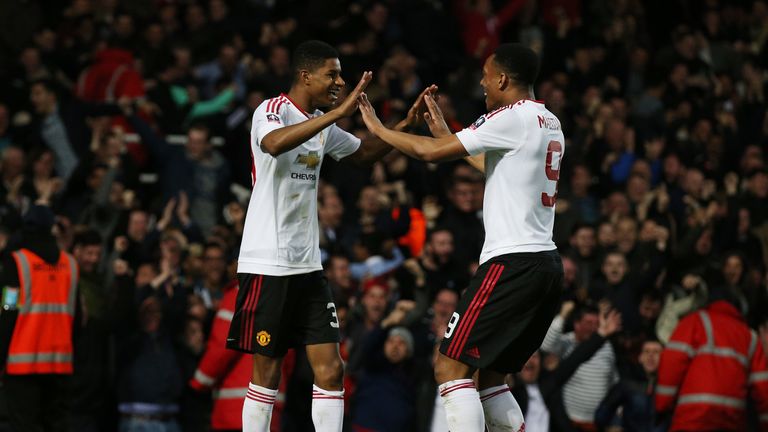 Martial will also miss the match with Chelsea through injury, while academy graduate Marcus Rashford, who has scored three goals in two FA Cup appearances this season, is absent through illness.

That leaves United without a recognized senior striker for their visit to Stamford Bridge, which could lead to a starting berth for Marouane Fellaini, who was utilized up front on a number of occasions by former boss Louis van Gaal.

Premier League leaders Chelsea have a fine recent record against United and are unbeaten in their last 11 meetings with the Red Devils, last losing to them 3-2 in October 2012.

Mourinho will be keen to avenge the 4-0 thrashing his former employers inflicted on him in October, but Chelsea’s have greater clarity going into this match. With a 10-point lead in the league and a seven day break since their last game they can afford to give this tie their full attention. United will look to soak up pressure and play on the counter-attack, so the loss of Ibrahimovic for this game might not be as damaging as first thought. Despite Mourinho’s reputation as a big-game specialist,  United have one win from six games with the big clubs this season.